Play it here or on Spotify or iTunes

Cebu Blogger -Who is your bet to win in the 59th US Quadrennial Presidential Election on November 2020? Will Trump continue to lead the land of the free or will Biden take in charge?

I know the whole world will definitely have an eye on America on November 03, 2020, the day of the 59th quadrennial US Presidential election. But who do you think will have a greater chance in winning the presidential race? Will it be the incumbent, Donald Trump or his opponent, former vice president, Joe Biden? Well, there is only one way to find out.

The basis of my analysis or forecast is using a known Chinese Metaphysics called BAZI chart. It is a tool to decode someone’s destiny using their birthdate and time. The principal components of Bazi is the use of the interaction of the five elements, WOOD, FIRE, EARTH, METAL and WATER.

Will try to explain as simple as possible with regards to my analysis. But I might be using some technical terms as well.

Please note that I’m a Chinese astrology enthusiast only and is not a professional feng shui expert. However, I’ve been reading and researching about the subject or art for more than 5 years now. I also did a few online training and coaching sessions and consultations with feng shui masters in the world and is closely working with one in Cebu, Philippines. Definitely, my knowledge is more on the advance level.

Now, let us check each candidate's birth chart. Are you ready?


The chart results on this day are: day of the Metal Dog, month of Fire Dog, and year of Metal Rat 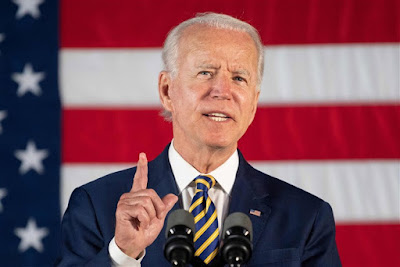 Joe’s Favorable elements are WOOD and FIRE.  WATER can also strengthen his WOOD.


Biden’s Luck Pillar is Goat that would clash his day sign Ox. This would mean he will experience an attack on his self, his political career, health and relationship with his spouse. There could be visible changes with the dynamics in these areas in his life. It might greatly affect him on how he reacts with regards to making important decisions.

2020 could be a challenging year for him because of the animal sign RAT that conflicts his HORSE animal sign that could affect his public image and authority. RAT has the strong water element this year and he can use this energy too. This means that he can get some support from friends or those who believed in his capacity to lead.  He'd rather have an attractive electoral campaign or strategy to boost his popularity.

The combination of RAT this year, PIG on his month pillar and OX as his Day master forms a WATER element.  Basing on this personal bazi chart, water is an element he needs to produce wood for his weak fire element. This could also mean, he got some silent voters betting on him even in states he is not so popular with.

The day of the election is a Metal dog day,  Fire dog month and Metal rat year.  November is supposed to be a Pig month however, on the date of the election which is November 3 is still part of the Dog month period of October 8 to November 6. He might gain a little support on this day because Fire is his favourable element.

His Luck pillar both got earth elements on the stem and branch which is also unfavorable for him. Too much of it could exhaust his weak fire.

I would suggest he should look further on his health especially related to his heart before he reaches the age of 85. However, there is also a higher chance of a disease related to Alzheimer's.

He is born on the hour of the Dragon, an earth element that actually clashes with the Dog animal sign on the day and month of the election. This could entail that his desire and political will or ambition to become the next US president might be put to a halt.

The Bazi chart analysis is just 1/3 of the 3 factors of the Human Success or Failure.

If he likes to win, he can certainly change his destiny. I recommend he gets a feng shui master to align his EARTH LUCK if he has none, which is another 1/3. But considering the time period before the election, it may not be enough or sufficient help. His decisions, actions and the will to serve is something he can control, his MAN LUCK, another 1/3. He better have good platforms and strategies to win over the hearts of the voters. 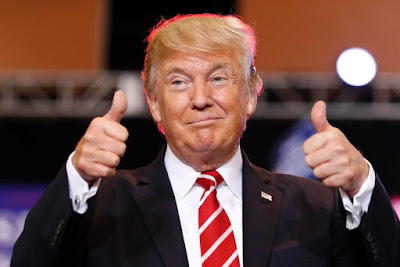 
Just like Joe’s, the incumbent president is having serious personal attacks on his government, health and marriage. His luck pillar of Ox directly hits his self animal sign which is the Goat and this is definitely putting him in a lot of stress. However, because of the presence of the DE star in his current luck pillar, he can definitely win these adversities. The supposed negative impact of the luck pillar clash could actually work the opposite and turn to be good in his favor or negative impact could be reduced.

Trump also has another clash this year, and that is the presence of his Horse sign that is in direct conflict of this year’s energy of the RAT. He might be having issues with family and business related. The changes could be tolerable and not that overwhelming though during election time.

It is obvious that year 2020 is a huge challenge for him due to the covid19 pandemic. Rat harms the Goat animal sign, his self element. Definitely, his governance has been tested and how he handles the situation could be the basis of some when they hit the polls. He'd rather not mess up else, the table could turn against him.

Also this year, he got a very strong presence of earth element energy and that means betrayal issues, lots of backstabbers or shall we say traitors from his camp or political party. This could certainly affect his electoral campaign or public image too.

The presence of the Snake, Horse and Goat in his chart makes him a very hot tempered person. Sort of like stubborn and does make quick decisions that could raise eyebrows of many. People with strong Fire elements in their personal chart could make up a strong-willed and powerful leader. It was obvious when he won over Clinton in the previous election whose fire element is not that strong.

The day of the election is a slightly good day for Trump. It is a day of the Metal dog, a Fire dog month and he is also born on the Fire dog year (1946). Although the Dog is an earth element which is unfavorable to him because he got too much of it which is an imbalance in his personal chart. But because there is Metal to weaken the earth and water to control his strong fire (2020 energies). It is pretty much a manageable day for him to secure the second term.

As for Biden, the present year’s energy of Metal is technically unfavorable to him. Because his fire element could not be enough to control the metal element of the day and year. Metal is strong during Autumn months. Water however is beneficial for him to nourish his wood element to produce his fire. But the Goat has the element of earth that could also be putting a lot of stress to his self element as it could weaken him as it also appears on his current luck pillar.

For health, I would suggest Trump to monitor his blood pressure this year. He might be having issues with his stomach or pancreas and he is prone to developing cancer too. The key to survival and long life is early detection. After all, Health is Wealth.

Biden’s Nobleman stars are Rooster and Pig but it will serve little or no influence either on election day or this year. For Trump, he got the stars Monkey and Rat. The Rat is the Grand duke of the year and it is also his personal Peach Blossom which is the star of likeability. Biden’s peach blossom however is the Horse and it is present in his personal chart however, it may not be as powerful as the rat’s energy this year.

Based on the analysis of their Bazi charts, the incumbent President Donald Trump has a fair advantage.

As what I’ve explained earlier, Bazi Destiny reading is just 1/3 or the HEAVEN luck component. Trump might  have done his homework for this EARTH luck for years as he might have consulted Feng Shui masters in the past or maybe at present too helping him.  It is safe to say, he got the 2/3 advantage to fulfill his destiny. However, his actions and decisions to succeed in politics could impact his image and confidence in his governance. This is his MAN luck which is another 1/3. He should better keep good advisers and consultants close to ramp his camp in favor of the American people. After all, image branding could make or break him as a leader. US citizens still have the full control on who they want to lead them.

If you are interested in your own BAZI charts, you can have a private consultation via skype or online platform with a feng shui master that I closely work with. And I highly recommend her services.

Make sure to mention my name as the referral and you might just get a DISCOUNT. 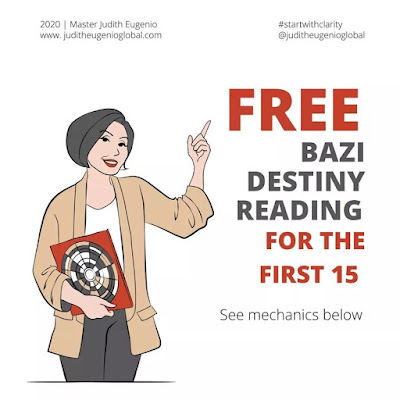 1. Share 5 of your favorite Judith Eugenio Global Bazi or Feng Shui posts in your Facebook timeline.
.
2. Tag Judith Eugenio Global Bazi and Feng Shui Consultancy on all 5 posts. Set your posts to public setting so I can see them.
.
3. Right after, Message us your Birth Date and Birth Time. Prepare One question, related to career, relationship, health or life in general.
.
4. The first 30 (15 persons each date) persons who can accomplish this task starting today, July 8. 2020 will have their charts securely read on July 21 & July 28, 2020 at The Judith Eugenio Feng Shui Show at 9:00 pm.
.
5. First come. First Served.
.
For inquiries, email us at info@juditheugenioglobal.com
.
Beautiful artwork by @joycarps
.
Start with clarity.

Don't be bitter, say something sweet. 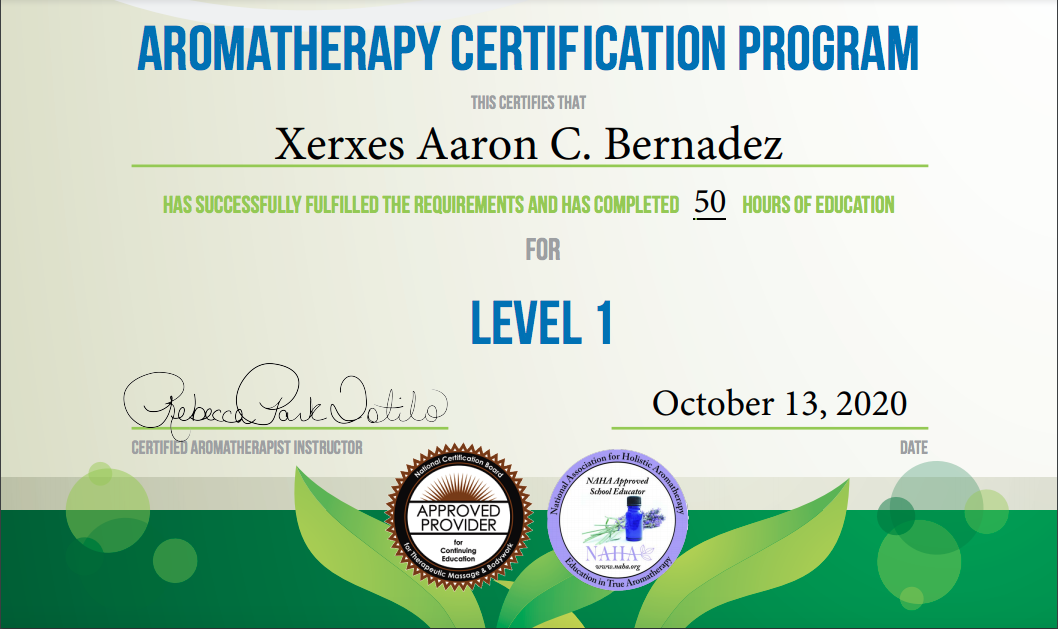 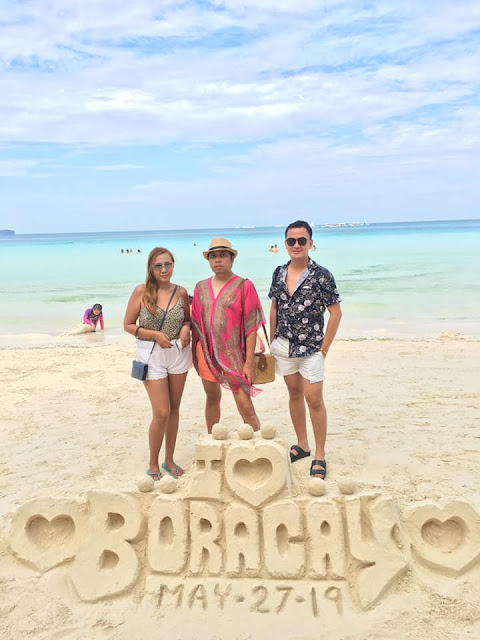